The following is believed to be accurate based upon the best information obtained at the time. Please send corrections to the webmaster. 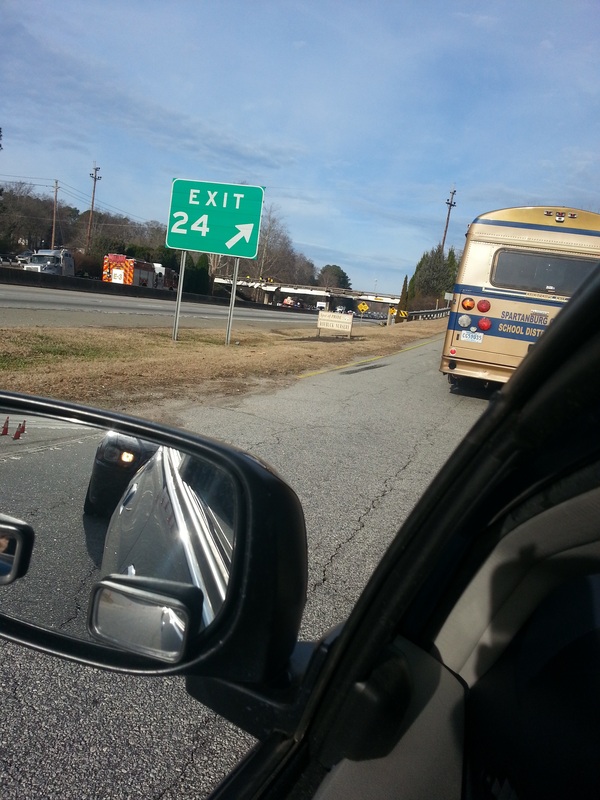 Hopefuls in line for America's Next Top Model Tryouts -- December 12, 2012 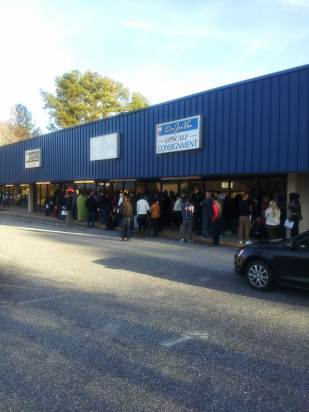 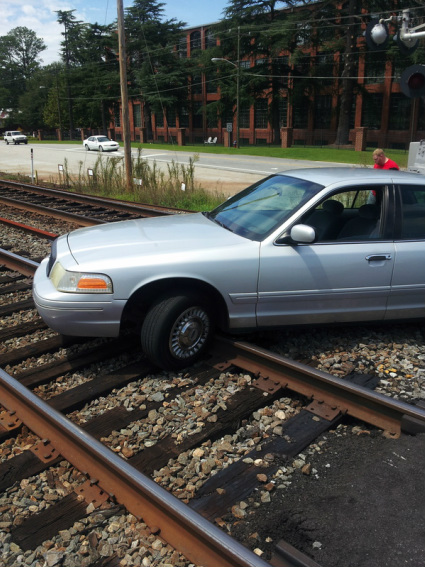 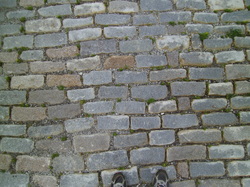 Check out Warehouse Street next to Cohen's store to glimpse a bit of our past. {Toes are a bit more modern.}

Fallen pine tree blocks intersection of Pinebranch and Aberdeen in Pine Forest. About a dozen neighbors quickly converged on the scene to cut up and remove the tree, which took about an hour. Towards the end of clean-up, a rare, complete, double-rainbow appeared in the eastern sky. 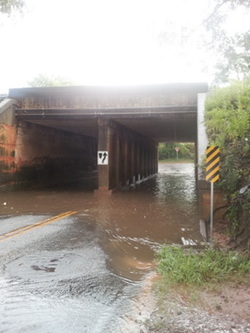 Flooding of underpass to Southern Railway bridge  constructed in 1919 on Hayne St. near the Fairgrounds. Note: fog inversion. 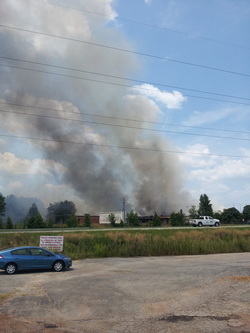 Massive fire at the former Butte Knit plant, a division of Jonathan Logan, which closed in 1981. At one point, the smoke was so thick that passing cars on Business I-85 would have been completely obscured from view from the camera's perspective. Part of the Spartanburg Community College campus was closed due to fear of explosions from suspected stored chemicals. Indeed, an onlooker interviewed by SS claimed to have heard at least two such explosions. 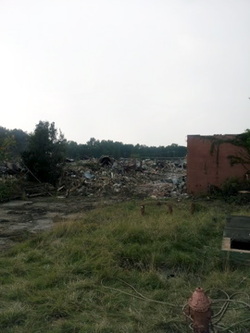 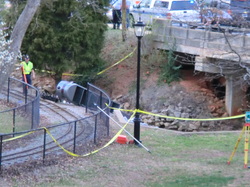 The much-loved miniature train "Sparkles" derailed killing one child and injuring 28 others. Since the tragedy, the track has remained silent and the train-shed closed.